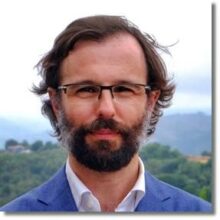 I was born in Santander (Spain) on the 15th August 1974. I finished my degree studies in Biology (Zoology) at the University of Oviedo (Spain) in 1997.

I conducted my thesis work at the University of Oviedo (Spain), under the supervision of Florentino Braña, examining the ecological interactions between introduced fish and amphibians.  I defended my PhD thesis in 2004.

I conducted my postdoc between 2005-2011, in the group of Anssi Laurila at the Population and Conservation Biology Unit, Uppsala University, where I examined the microgeographic variation of crucial life-history traits and the evolutionary potential of small and isolated populations, using the Swedish pool frog (Pelophylax lessonae) as study model. During this time, I also examined the determinants of growth and development across latitudinal gradients in amphibians. I worked as Associate Researcher in Animal Ecology, Dept. Ecology and Genetics, Uppsala University between December 2010-May 2018.

Since June 2018, I work as Senior Researcher (Ramón y Cajal Program) at the University of Oviedo, Spain. Here, I am affiliate to the Zoology Unit and the Research Unit of Biodiversity-UMIB (now IMIB, joint centre between the University, the Spanish Research Council-CSIC, and the Principality of Asturias). Here, I maintain a research program examining the effects that environmental variation, and in particular extreme environments, have on the evolutionary ecology and life-history strategies in organisms with complex-life cycles. Current projects deal mostly with the effects of low-dose radiation, altitude and latitude in a diverse range of genomic, physiological and ecological traits of amphibians.

Here are my Google Scholar, ResearchGate and ID-Researcher pages.

I am an evolutionary ecologist interested in understanding how organisms respond to environmental stress. In my research, I combine field studies with common garden experiments and laboratory analyses, using amphibians as study models. My current research topics are:

Effects and adaptation patterns to low-dose radiation in wildlife

I have recently started to examine the impact of chronic exposure to low-dose ionizing radiation in wildlife. Specifically, this research line investigates the effects of chronic exposure to human-released ionizing radiation on natural populations of amphibians in Chernobyl. Examining how amphibians cope with the chronic exposure to low-dose ionizing radiation can shed light on the debate over the effects of, and possible adaptive responses to, exposure to low-dose radiation in nature. I am using the European treefrog (Hyla arborea) living in the Chernobyl Exclusion Zone as the study model, analysing how treefrogs respond to biological damage as a consequence of living in areas contaminated by radiation. I am analyzing how amphibians respond to radiactive contamination by  comparing different aspects of the genetics, development and physiology of frogs living inside and outside areas affected by radioactive fallout from the Chernobyl accident in 1986.

This research line examines the impact of phenological variation on life history strategies in amphibians. In particular, I have examined the extent, costs and limits of plastic growth and development in amphibian larvae in a context of increasing phenological fluctuation. Main achievements of this line include the identification of the first unequivocal evidence for transgenerational plasticity in response to changes in breeding phenology in vertebrates; the identification of costs paid in offspring exhibiting fast development in response to delayed breeding phenology (e.g. reduced immune response and antipredator defences), and the impact that intra-specific priority effects have on the generalization of these responses.

The effect that the introduction of exotic species is causing in natural environments has become one of the main environmental concerns of our time. In particular, introduced predators have been identified as one of the factors contributing to the observed global amphibian decline. During my PhD at the University of Oviedo, Spain,  I examined the impact that the introduction of predatory fish (mainly salmonids) have on the distribution, reproductive behaviour and larval development of amphibians, focusing on their impact on several newt species.