One of the plasma generation procedures handled by the research group is the use of high-intensity pulsed lasers. The LIBS technique, acronym for Laser-Induced Breakdown Spectroscopy, is based on the analysis of laser-generated plasmas and its origin dates back to the decade of the 1960s, in parallel with the appearance of the first lasers. LIBS is used for the detection and quantification of chemical elements in all types of samples, regardless of their state of aggregation, since its application is common either on solid, liquid and gaseous samples. LIBS represents a versatile technique that implies a low-cost implementation, proving to be a promising technique called to compete in certain sectors against traditional detection systems.

GELP currently develops two LIBS-based research lines, the first one seeks to obtain fundamental information of the plasmas, and the other one investigates the application and tuning of the technique for industrial or mining purposes.

GELP has two different LIBS experimental set-ups. One of them utilizes a Nd:YAG ns pulsed laser and currently allows for fiber optic as well as spatially resolved light collection. The second set-up is still being developed and it will be used for orthogonal double-pulse experiments using a fs pulsed laser for ablation and a Nd:YAG ns laser for re-excitation of the plasma, as well as for experiments regarding only fs-LIBS or ns-LIBS.

The fs-laser is part of an ablation unit that is shared with the Scientific and Technological Resources of the University of Oviedo (Enviromental Tests Unit) as part of a fs-LA-ICP-MS system.

Pictures of both laboratories can be seen in the images below. Click to enlarge them! 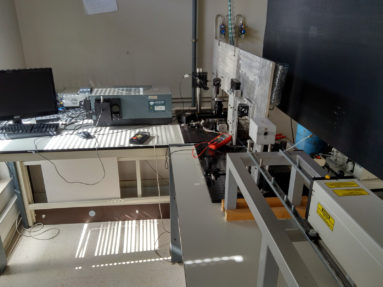 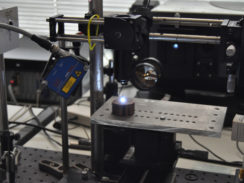 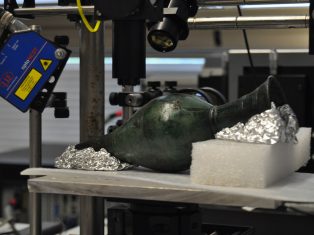 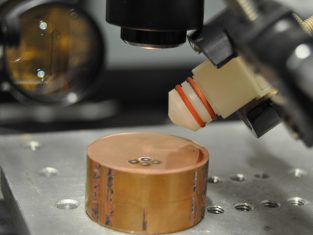 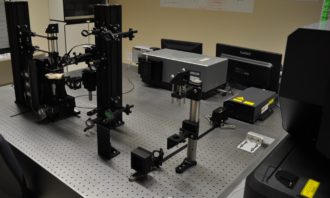 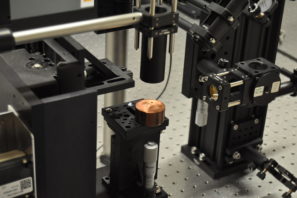