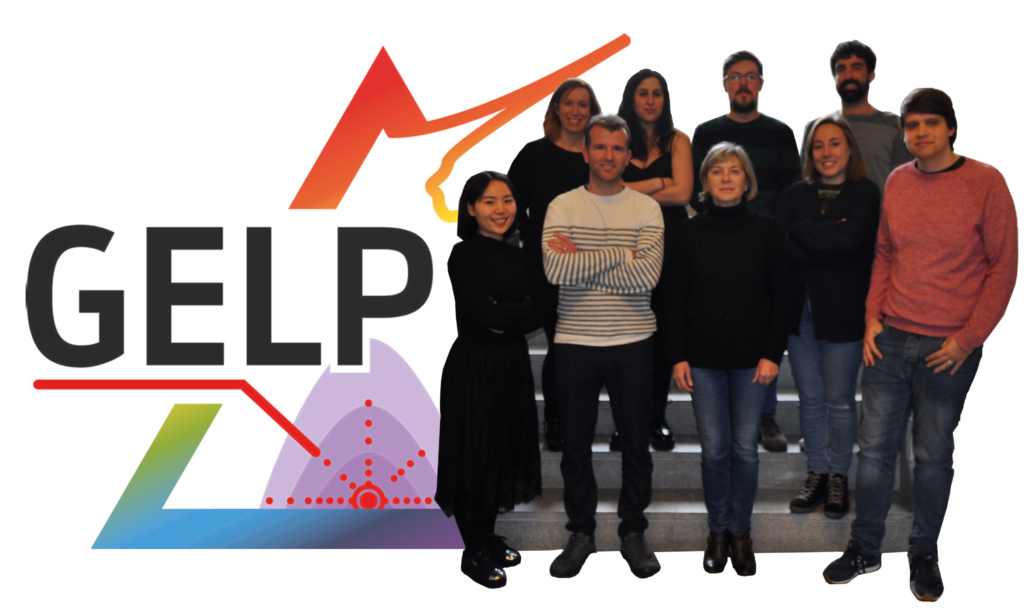 GELP’s experience in Glow Discharges opened the door to the design, characterization and study of the analytical potential of Atmospheric-Pressure Glow Discharges (APGD). In the last years, this kind of glow discharges have revolutionized the ionization sources available in the market. APGD’s are non-expensive, fast and easy-to-use sources due to the low need for sample preparation and the lack of vacuum systems to sustain the discharge.

Latest works at GELP in this area have been focused on the study of the species generated through several sources designed in the group, having demonstrated the usefulness of this ionization sources as they offer robust, stable results.Currently, GELP studies the use of APGD sources for the analysis of gaseous samples containing organic and other volatile compounds, as well as the effect of said samples on the generated plasma.

This method with so high spatial resolved data, also allows to determinate extremely climate events, a very important discipline of climate studies in the recent fast climate change scenario. This information is of great importance for the reproduction of the future climate scenarios by the climate models.

One of the plasma generation procedures handled by the research group is the use of high-intensity pulsed lasers. The LIBS technique, acronym for Laser-Induced Breakdown Spectroscopy, is based on the analysis of laser-generated plasmas and its origin dates back to the decade of the 1960s, in parallel with the appearance of the first lasers. LIBS is used for the detection and quantification of chemical elements in all types of samples, regardless of their state of aggregation, since its application is common either on solid, liquid and gaseous samples. LIBS represents a versatile technique that implies a low-cost implementation, proving to be a promising technique called to compete in certain sectors against traditional detection systems.

Glow Discharges operating at atmospheric pressure have shown a strong analytical potential for the fast analysis of liquids. In particular, the electrolyte-cathode atmospheric glow discharge (ELCAD) or Solution Cathode Glow Discharge (SCGD) is an alternative source for a fast elemental analysis of liquids. In essence, ELCAD, introduced by Cserfalvi et al.[1] in 1993, is a conically shaped GD microplasma with 3-4 mm base diameter and 3 mm height, operating between an electrolytic solution cathode and a metal (tungsten) rod anode under ~1 kV plasma voltage and 70 mA discharge current (see Figure 1). In ELCAD/SCGD, the electrolytic solution serves as the sample, just as the solid cathode does in conventional, low-pressure glow discharges. ELCAD has important advantages over conventional, nebulization-based analytical techniques, e.g., inductively coupled plasma (ICP)-OES/MS, which are extensively used as reference techniques for inorganic analysis. ICP-OES/MS requires high power (>1 kW) and gas (>15 L min-1 Ar) consumption, along with the need for vacuum equipment in the case of ICP-MS. These operating conditions effectively tie ICP-OES/MS to the laboratory. As an alternative, ELCAD has a small footprint, low power consumption (75 W), and operates in atmospheric pressure air [2]. END_OF_DOCUMENT_TOKEN_TO_BE_REPLACED Read More

GELP has a long experience in the field of low-pressure glow discharges (GD) coupled to both Optical Emission Spectroscopy (OES) and Mass Spectrometry (MS). The lines of research the group has taken part in include instrumental developments, fundamental studies about the plasma processes and the development of analytical applications.

In the last years, the research activity of GELP in low-pressure GD has been focused on the study and optimization of a Radiofrequency Glow Discharge Time-of-Flight Mass Spectrometry (RF-GD-TOFMS) prototype, which was developed in the frame of the European project New Elemental and Molecular Materials by Modulated RF-GD-TOFMS (EMPDA). These investigations have been focused on the improvement of the GD source design and the study of the capabilities of the pulsed operation mode for depth profiling of a great variety of solid samples.

Click on the images on the right to find more information about current members (including Professors, PhD&Master Students, Undergraduate students and Technicians), ex-member and visitors. 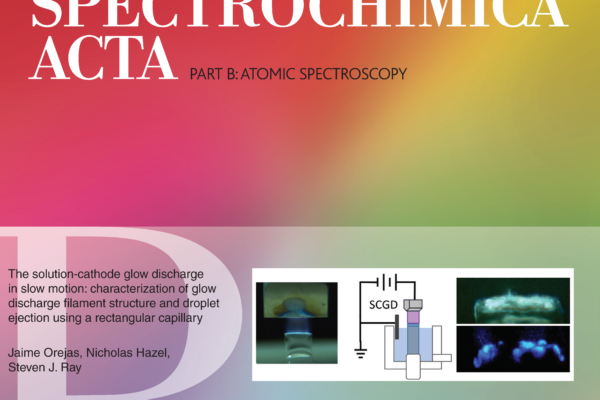 Dr. Jaime Orejas authors the cover article for the 181 volume of SAB! 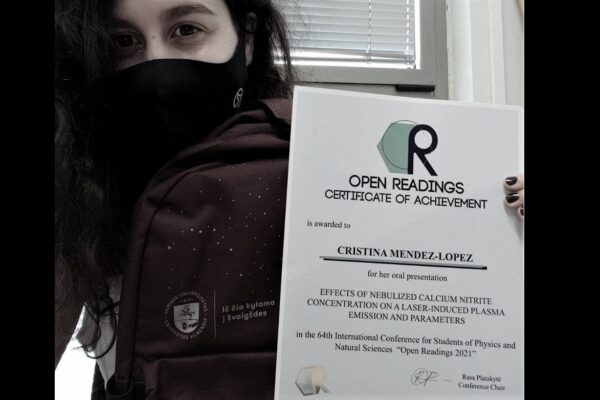 Cristina Méndez has received an award for her oral presentation at Open Readings 2021!

Gelp
Cristina Méndez, one of GELP's PhD students, has received an award for her Oral presentation "Effects of nebulized...
Read More 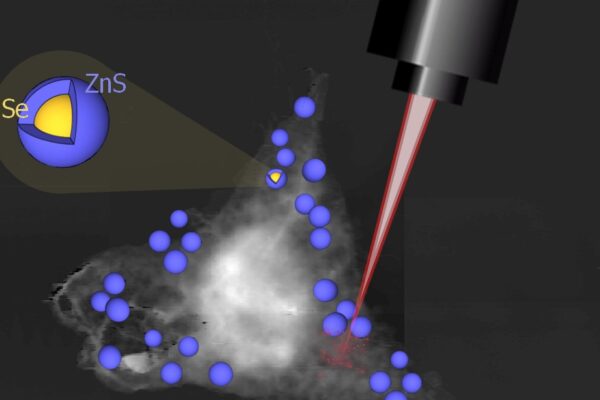 Talanta has chosen one of our articles as issue cover!